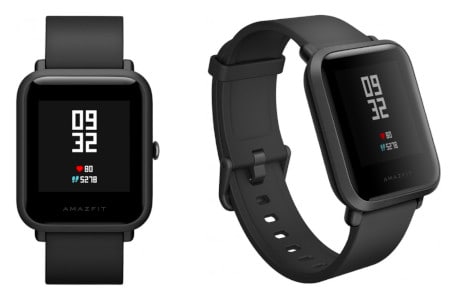 In a world where everyone seems to be moving towards owning some type of smartwatch, variety is really important.

This Amazfit Bip review offers all the information you will need on this budget range smartwatch.

In short, it is great for those who don’t wish to pay the high price tags of other more well-known brands, but it certainly doesn’t compromise on features. 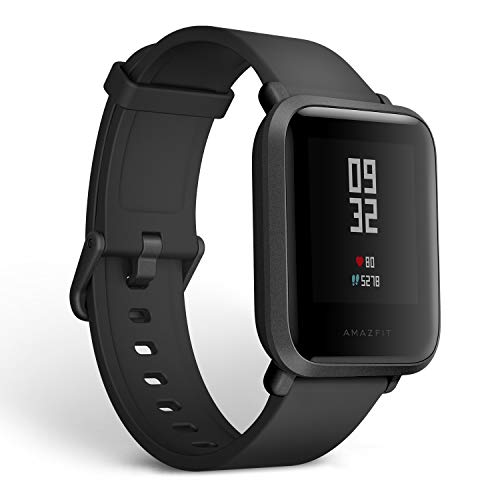 It’s always important to have great performance so that your smartwatch can handle all of life’s adventures.

The Xiaomi Amazfit Bip uses a proprietary OS, which keeps the running of this smartwatch simple but effective.

There are pros and cons to the use of a proprietary OS, and whether this is adequate for the user depends mostly on the purpose for buying the watch.

If you want a smartwatch that all the flexibility that comes with having Watch OS or Wear OS, then opting for the proprietary OS supplied in the Amazfit Bip may not be for you.

However, if you aren’t worried about having the options available that come with the Watch OS or Wear OS, and you are keen to have a watch that runs a simple, easy to use and efficient battery life, then the Amazfit Bip is a great choice.

As standard, the Amazfit Bip comes with a 208Mhz Single-Core ARM Cortex-M4 CPU processor, with 1MB of RAM memory and 4MB of internal storage.

Recommended: Does the Michael Kors Bradshaw smartwatch deliver on performance or is it all style no substance? 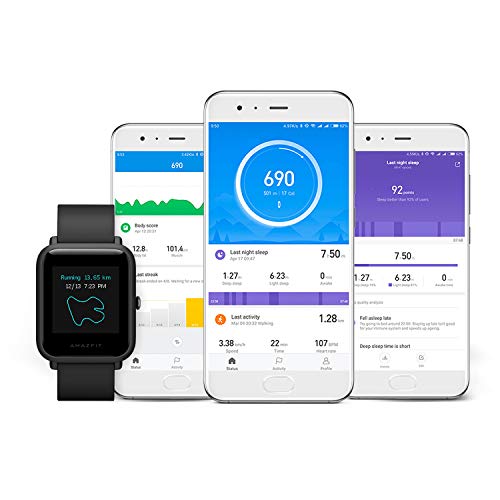 Anyone who has owned a smartwatch will probably be used to charging it most days; however, with the Amazfit Bip, it is possible to go for weeks without having to charge it!

Tests of the Amazfit Bip smartwatch have found wearers to be able to wear the watch non-stop with all features turned on for approximately two weeks.

The Amazfit specs actually promise that if the heart rate always-on feature to turned off, the watch can actually be used for 45 days without needing to be charged.

The battery life on this smartwatch is definitely one of the best features that it offers.

Not having to worry about charging the watch on a daily basis or being concerned that the battery might run down throughout the day is something that most smartwatch users would love to achieve. 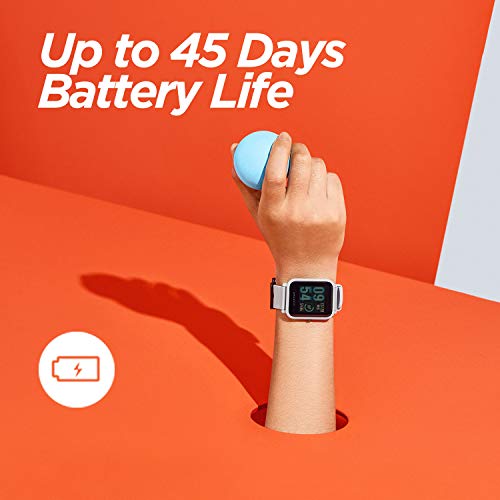 It is clear to see that the Amazfit Bip has been inspired by the Apple Watch. It has a similar design in terms of size and shape and could be mistaken for the Apple equivalent from a distance.

The Amazfit Bip has a matte-textured plastic case with curved edges and glass covering the colorful display. An easy to use crown button is placed on the side, which is used to wake the watch up ready for action.

The Bip can be purchased in four different colors; black, grey, green, or orange, and it comes with a standard 20-millimeter silicone strap.

The strap is detachable and can be changed, which makes this a great smartwatch if you like to change your look on a regular basis.

For a budget smartwatch, the display is actually quite impressive. The display has a trans-reflective color LCD touch screen.

The colors are not as crisp and sharp as you would find in the displays of watches such as the Apple Watch or Fitbit, but at a fraction of the price of those, the display more than holds its own, even in bright conditions.

There is no auto-brightness function, but the watch seems to cope fine anyway. 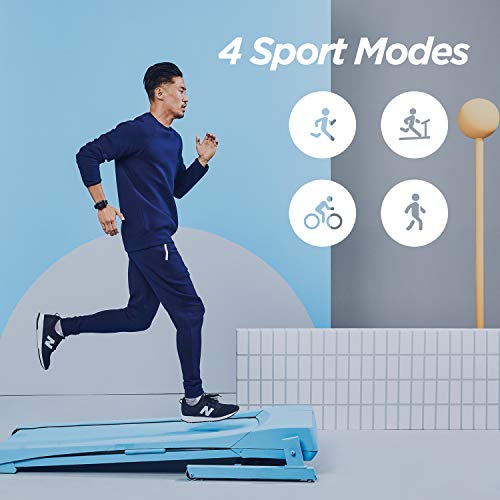 The Mi Fit app will allow the Amazfit Bip wearer to customize their look by giving a variety of options for watch screens.

The options are generally based on what information you want to be able to see at a glance when you lift your wrist and so make the watch much more user-friendly.

Whilst there may not be the range of availability that you would find with a more expensive smartwatch, the Amazfit Bip can use the third-party app AmazTools.

Recommended Next: Does the Fallout smartwatch deliver a true game experience worth having?

One of the drawbacks of the Amazfit Bip smartwatch by Huami is that unlike the higher-priced smartwatches on the market, it does not have an app store where compatible apps can be downloaded.

There are also very few compatible apps that are provided by third parties. However, the lack of available apps shouldn’t detract from the quality of what is available for the Amazfit Bip.

Mi Fit is an app that is downloaded onto the person’s phone and is essentially an activity tracker that will recognize when the wearer of the smartwatch is running, cycling, walking, or using a treadmill.

As well as tracking, the app will sync and store locations, steps, and distances. It will also allow you to receive alerts from various media such as WhatsApp, Instagram, YouTube, and Facebook Messenger.

The only apparent downside of the Mi Fit app is that communication only goes one way.

This means you can receive notifications into the phone, but if you wish to action anything or respond, you will need to use your phone.

Users have reported that the AmazTools app is a must get for anyone who chooses to buy the Amazfit Bip.

It is a third-party app that is similar to the Mi Fit app and will allow you to effectively track activities and will then give you the option to export the statistics about your activity. It will also sync with Apple Health. 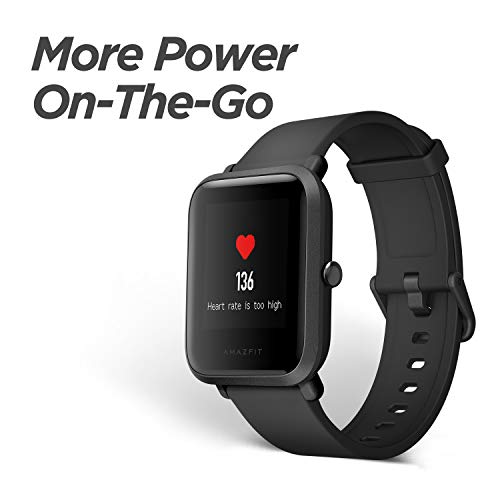 The watch requires being woken up by clicking the crown button on the side of the watch.

To access the main features of the watch, the user simply has to swipe to the left and scroll through the major operations until finding the required one. Then tap on the screen for more details or to access the feature.

There is also an easy swipe down that allows the user to access the ‘do not disturb’ feature in the easiest possible way.

When the user is within a feature pane, they can access various options by swiping up or down and tapping to select.

The design of the interface is perfect for anyone who wants a no-frills smartwatch. Even someone who has never used a smartwatch will be able to use this one as soon as it is on the wrist. 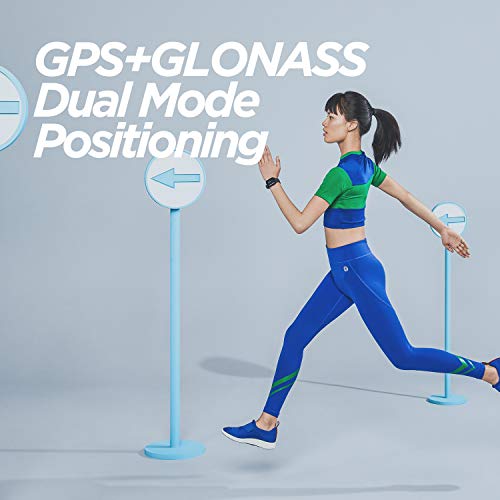 There are many Amazfit Bip features that come as standard on this smartwatch. Let us take you through the main ones:

The Amazfit Bip is not waterproof and cannot be used for activities such as swimming, which is unfortunate for a watch that tracks activity so effectively.

However, the Amazfit Bip specs state that the watch is water-resistant to 5 feet or 30 minutes, so there is no need to panic and remove the watch in the rain or worry too much if it gets splashed.

The watch comes with GPS as standard, meaning you can go out exploring and not get lost! It will also link in with your activity tracking.

However, the downside is that the GPS is not available as a standalone feature, and so an Amazfit Bip wearer will need to take their phone everywhere with them.

This isn’t an issue for a lot of people, but others want the freedom to go for a run or cycle without having to take an extra device. The watch will notify the wearer when they get too far from the phone and disconnect.

It is quite surprising how effective the heart rate monitor on this watch considering the price. It can even be customized to determine who regularly the watch checks for the heart rate.

This would be more necessary if the battery life wasn’t so good as reducing the frequency helps the battery to last.

The Amazfit Bip is a great tool to control functions on the connected smartphone.

These include the flashlight and camera, meaning that instead of struggling to reach forward enough to get the perfect group ‘selfie,’ you can position your phone, get in place and take a photograph with a tap of your watch screen.

The watch is also great when it comes to music. The budget price means that there is no capacity on the watch to download, store, or play music, however, it can be used to control the Spotify account that is used on the connected smartphone.

The Amazfit has its own operating system that works in conjunction with both Android and iOS.

Most users find that the watch will automatically pair with their iPhone without prompting when the two devices are in close proximity to each other.

The Amazfit Bip and the iPhone need to be kept within approximately 30 of each other to maintain the Bluetooth connection.

The Mi Fit companion app can be downloaded in both the Apple App Store and Android equivalents. The Mi Fit app will track and record all aspects of activity and will sync with the wearers’ chosen smartphone.

For iPhone users, they will notice that the Amazfit Bip even links directly with the Apple Health app, making this smartwatch a really affordable alternative to an Apple Watch without losing the ability to sync activity tracking.

This Amazfit Bip review should prove that it is a great alternative to the well-known higher-priced smartwatches.

Designed for people who are either on a budget but see the value of having a smartwatch, or those who simply do not wish to pay the high price tags.

The battery life is probably the best on the market, and the activity tracking is effective and simple.

The Amazfit Bip is perfect for someone searching for a fitness watch rather than a smartwatch with all the features of two-way communication and downloadable apps.